The dead body of a 25-year-old National Service (NSS) personnel has been recovered from an abandoned well at Mfensi in the Atwima Nwabiagya North District of the Ashanti Region.

The deceased, Angela Gossou who was offering her service at the Cocoa Health and Extension Division of the Ghana Cocoa Board in the Ahafo Ano South East District was declared missing last Thursday.

Workers and the officer in charge at the Cocoa Health and Extension Division lodged a complaint with the Mankranso District Police Command.

On Friday, 8th May 2020, information went round that the body of a young lady was floating in an abandoned well close to a poultry farm at Mfensi.

A pair of shoe belonging to the deceased was found close to the abandoned well. 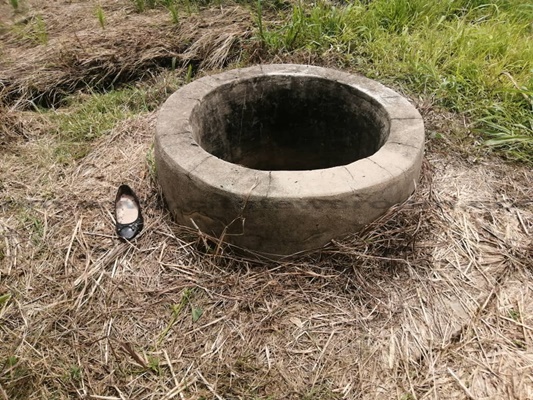 Some children who were playing around the area saw the body in the well and quickly informed a farmer who also passed the information to the Assembly Member for the area.

Police officers, officials from the National Disaster Management Organization(NADMO), the Assembly Member and community members removed the body from the well.

It was deposited at the Mt. Sinai morgue at Taabre for identification and autopsy.

Workers at the Cocoa Health and Extension Division and relatives of the deceased later went to the mortuary and identified the body.

The deceased’s uncle, Theodore Madugu believes that she was killed and dumped in the abandoned well.

He has called for swift investigations into the matter and pledged the family will assist in that regard.

He described the deceased as respectful, intelligent, and hardworking.

“We informed her landlady and the chief of the town. We about going to the police station to follow up when a man called us that a lady had been killed at Mfensi. So we went there and the residents told us that something ad happened near the well the day before and that a dead body had been deposited at the morgue. So we rushed to the police station, they showed us the pictures and low and behold, that was her”, he narrated.

“She has been killed and we leave it to God. But we can assist the police to ensure that those who did this are arrested. Honestly, for a gruesome murder like this, I will the police and powers that be to get to the bottom of the matter so that it doesn’t reoccur”, he said.

The family says they are waiting patiently for the result from the autopsy which will be conducted within the week.

Assembly Member for the Mfensi Electoral Area, David Kwadwo Owusu Ansah who aided in the recovery of the body to the morgue said the body nearly decomposed.

“I reported the incident to NADMO and called the Fire Service for assistance. The police also came in and with the help of others, we retrieved the body and saw that it was a woman. I called others to come and identify the body but nobody knew her so we took the body to the morgue. The body was almost decomposed given the fact that it was in the well for hours. There were marks on her body suggesting that she struggled with the perpetrators”.

Meanwhile, police at the Abuakwa District Command have begun investigations into the incident.

The incident has, however, thrown relatives and workers at the Cocoa Health and Extension Division into a state of mourning and shock.

This incident comes months after the body of a nurse believed to be in her late 30s was also found dead at Ayuom near Sewua in the Bosomtwe District in the Ashanti Region.

The deceased, Ruth Eshun was last seen by her colleagues leaving the Sewua Health Centre, where she worked, for home on February 5, 2020.

Her lifeless body was found a few meters from her home the following day.

The bereaved relatives of the deceased are still demanding justice even after her burial.

Quarantine: Priti Patel gives go-ahead to 14 days of self-isolation for...