He was defeated by a lecturer from the University of Professional Studies, Accra, (UPSA) Mr Gerald Joseph Nii Tetteh Nyanyofio.

At the end of the polls, Mr Gerald Joseph Nii Tetteh Nyanyofio won with 543 votes as compared to Vincent Sowah Odotei’s 376 votes.

Comfort A. Kotei who also contested in the primary managed with 46 votes. 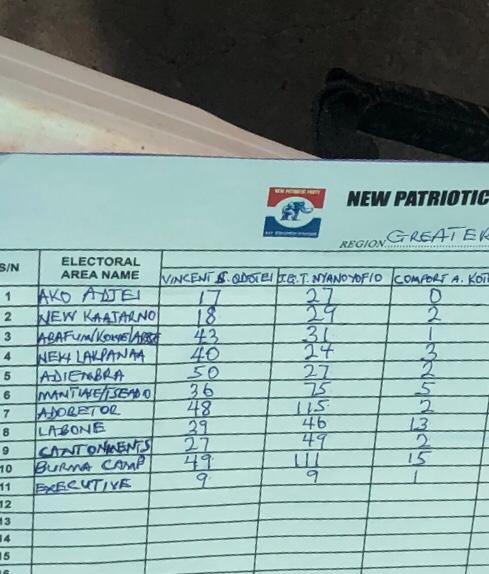 Vincent Sowah Odotei was recently relieved of his Deputy Minister of Communications position by President Akufo-Addo.

Mr. Odotei was replaced by Alexander Kodwo Kom Abban, the MP for Gomoa West and former Deputy Minister for Health.

The La Dadekotopon MP, Vincent Sowah Odotei clarified that the revocation of his appointment as a Deputy Minister of Communications had nothing to do with poor performance.

“The President has a prerogative to hire and fire. I am not incompetent and I am not corrupt. I will be forever grateful to him [for the opportunity to serve for some time].”