Members of Parliament have been recalled to Parliament after the suspension of proceedings three days ago.

The recall is in continuation of the first meeting of the fourth session of Parliament which started on January 28.

The suspension had created some controversy because an indefinite adjournment was expected by the MPs. 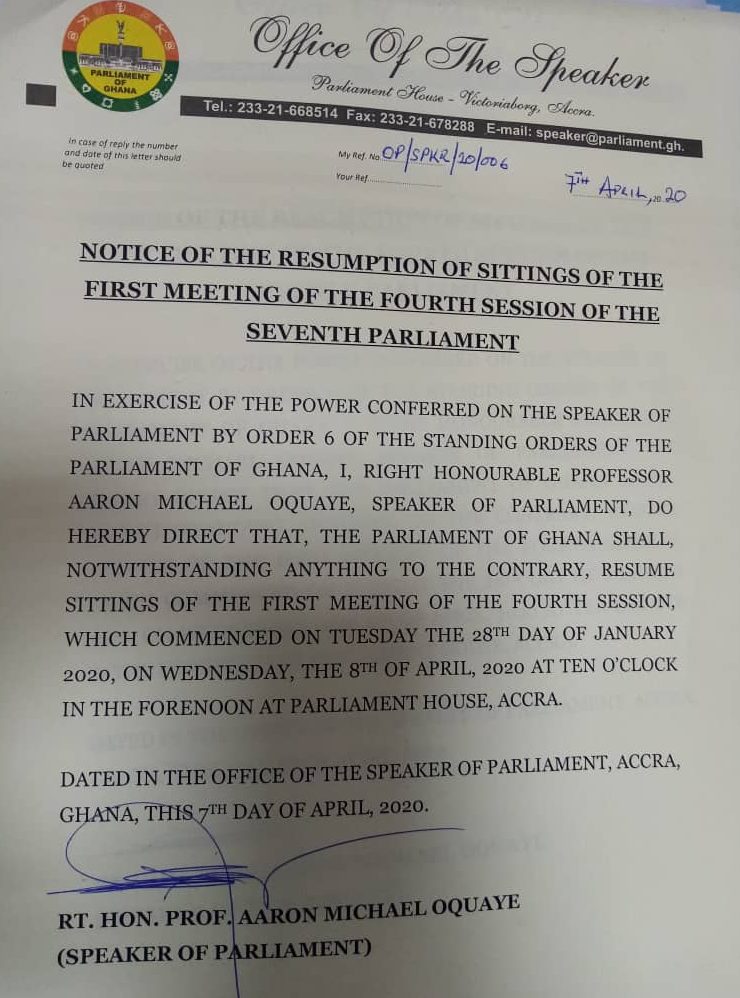 Ordinarily, to end a meeting, the Speaker would adjourn the House indefinitely and under such circumstances, a recall of the House would require a 14-day notice.

“What the Speaker did was in recognition of the fact that the whole nation is in a general state of emergency and so it is important that the House acts in a manner that will bring utmost benefit to the welfare of the nation,” the statement explained.

It also cited Standing Order 6 which gives the Speaker room to “make provisions as he deems fit” when there is no explicit direction.

The Minority in Parliament is currently threatening to drag the Speaker of Parliament to the Supreme Court for what it terms as the Speaker’s illegal conduct in suspending Parliament.

Public Universities Bill must be withdrawn from Parliament now – Prof....

My comment was an advise to EC not a threat –...