Police have announced a GHS10,000 reward for information leading to the arrest of suspected robbers who killed a police officer at Mankessim in the Central Region.

The incident occurred around 4:30 am on Wednesday.

The officer, who was not on duty, was found with gunshot wounds at about 200 metres away from a nearby crime scene.

At a fuel station at Mankessim, police responding to a distress call engaged in a gun battle with the robbers.

This resulted in two other officers being wounded.

But the gun battle that ensued forced the robbers to flee.

The police in a statement said, “investigation is ongoing to establish the facts of events leading to the death and injury.”

The deceased officer has been identified as Lance Corporal Kingsley Boahene.

The Inspector-General of the Ghana Police Service, James Oppong-Boanuh, has since visited the family of the deceased and assured of a positive resolution to the case.

According to the IGP a team of senior investigators have been brought from the Police headquarters to join the regional investigation team to work at bringing the perpetrators of this crime to book.

Find below the full statement 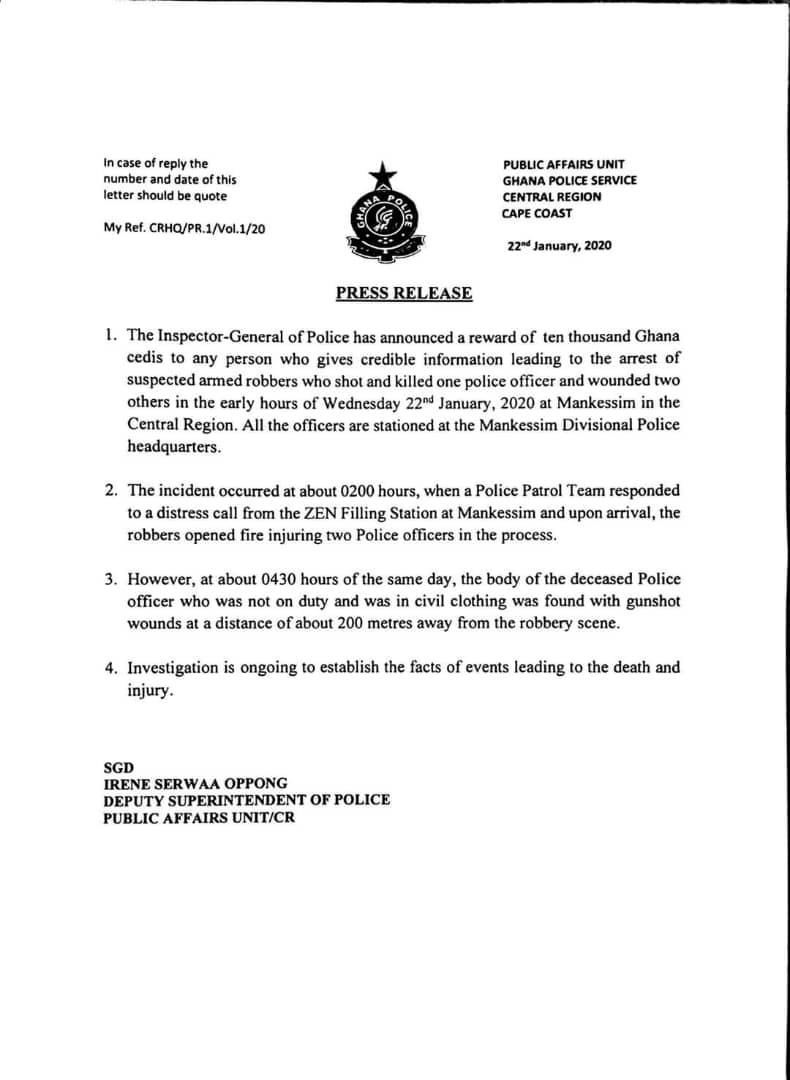